Why should I provide my email address?

Start saving money today with our FREE daily newsletter packed with the best FREE and bargain Kindle book deals. We will never share your email address!
Sign Up Now!

There is a book famine in Africa. But it won’t be fixed by pumping in books about snowmen and skiing from the developed world. It can only be fixed from within, by foste 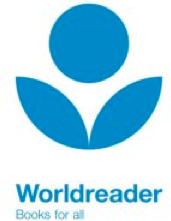 ring the established publishing sector and by creating a demand for locally relevant stories.

To this end Worldreader, an NGO founded on the mantra of bringing books to all, has been digitizing stories from Africa and making them available on the Kindle. If you go to Amazon and type “Worldreader” into the search bar you’ll pull up all of Worldreader’s books. They run the gamut from children’s storybooks to decidedly more adult stories. They tell the story of an Africa different from the one we see on the news or in infomercials. Theirs is an Africa full of stories about heroes, histories and, overwhelming about ordinary people living ordinary lives, the fabric, nuance, beauty and sometimes tragedy of which has been captured in print.

We’ve chosen to feature 5 titles from the Worldreader list here that caught our eye.

Bright, beautifully rendered and fun illustrations help children learn their  alphabet while also learning the geography of Africa. Great for the Kindle Fire, but it works on other Kindles as well because the illustrations carry well over in gray scale.

This is the kind of children’s book that both adults and children can’t help but fall in love with. It handles the complicated topics of beauty and self esteem with simple elegance while simultaneously introducing readers to elements of East African culture. It even comes with a delicious recipe for East African chai!

The Canoe’s Story by Meshack Asare. Published by Sub-Saharan Publishers.

Meshack Asare, one of Africa’s most beloved authors, recounts how a canoe is made. Told from the tree’s point of view, this thoughtful story details the tree’s journey from forest to ocean and the hard work of the fishermen who make it happen.

Let Me Tell You edited and compiled by Sarah Forde. Published by Storymoja.

Follow the lives of a group of real Kenyan coastal girls as they battle through the trials and tribulations of adolescence. In addition to what we would expect to see – infatuations, the desire to fit in at school – there’s also more complex issues to be handled – those of absentee parents or early marriages often rushed into to escape situations that are not so much escaped as replicated.

Amma Darko, widely seen as a successor to some of Ghana’s greatest writers, weaves a dark story about the collision of two worlds: that of a middle class woman and a group of street children. Definitely for an older audience than the previous offerings it’s a beautifully written story full of tragic and compelling characters. In a strange reversal of roles children often sound like adults and adults often seem to be children.

The profits from each book go directly back to publishers in Africa. A portion helps to fund Worldreader’s projects in impoverished schools in Africa.

Get Great Deals delivered right into your mailbox!